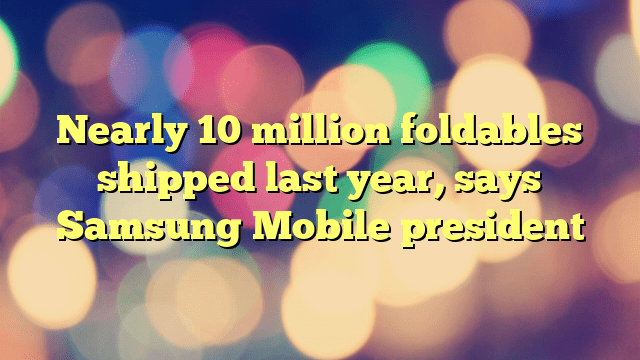 The foldable phone market is slowly but surely maturing and this is reflected in sales volumes. In a new blog post from TM Roh, the President of Samsung Mobile shared that the foldable smartphone industry saw nearly 10 million shipments in 2021. The figure is up 300% from 2020 and Roh thinks this trend will continue in the coming years as “foldable devices become mainstream and claim a bigger place in the overall smartphone market.” IDC previously released a report in which it estimates a total of 7.1 million foldable shipments for 2021. Roh goes on to share that 70% of Galaxy foldable users last year opted for a Z Flip3 which is by far the manufacturer’s most popular foldable phone. The Z Fold3, on the other hand, is the preferred device for users who rely on multitasking and need the big-screen experience. Looking ahead, Roh shares that Samsung has made “progress in every detail” in its upcoming foldables which are set to debut on August 10 at the upcoming Galaxy Unpacked event. Source