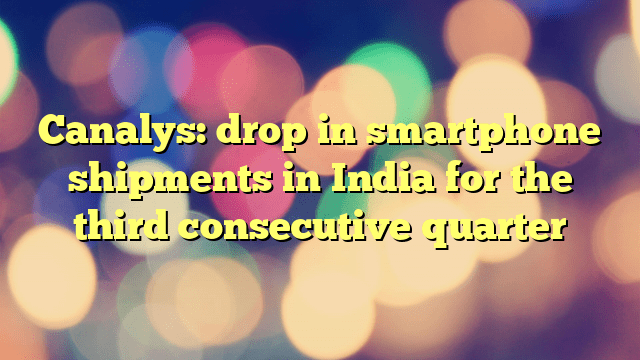 According to the latest Canalys report, a total of 36.4 million smartphones were shipped to India during the April-June period. The figure represents a drop of five percentage points from the 38 million units shipped in the first quarter. This is the third consecutive quarter of declining deliveries.

Notes: Percentages may not total 100% due to rounding Source: Canalys Smartphone Analysis (sell-in expeditions), July 2022 Lower demand during this quarter was due to inflation levels which have changed consumer consumption habits and demand for smartphones. Brands like Xiaomi, vivo and Oppo were also under fire for tax evasion and money laundering investigations.