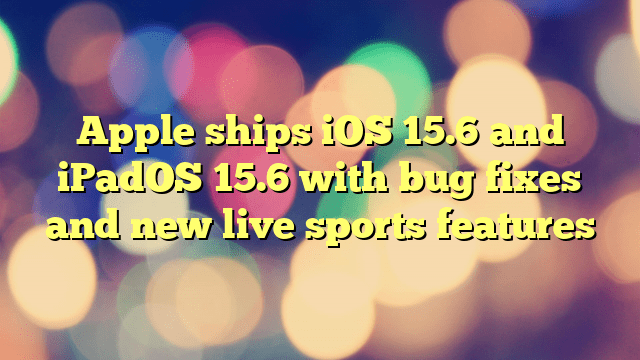 Today, Apple is sending out a new update for its eligible smartphones and tablets, in the form of iOS 15.6 and iPadOS 15.6. This could very well be among the last, or the last update that the 15.x branch will see, given that iOS 16 and iPadOS 16 are slated to release in September. In the meantime, let’s see what 15.6 has in store for your iPhones and iPads. First, there are numerous bugfixes, including for an issue that caused the settings to keep saying storage is full even when it wasn’t, an issue that caused braille devices to slow down or stop when navigating through the text. Mail, and an issue in Safari that caused tabs to automatically return to a previous page. On top of that, there’s also a new feature built into the TV app: the ability to restart a live sports game that’s already in progress, and pause, rewind or fast forward it. iOS 15.6 on iPhone and iPadOS 15.6 on iPad should be easily downloaded and installed through the Settings app. Going through